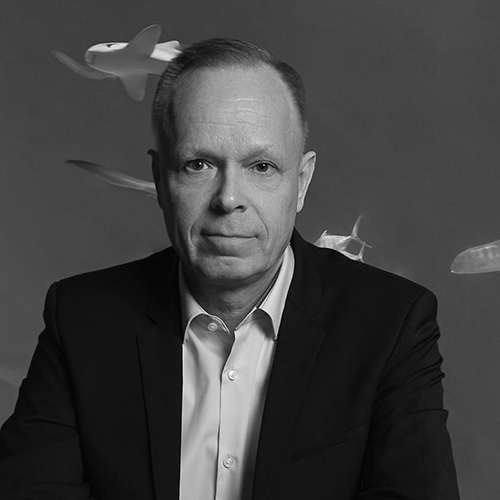 When National Aquarium Denmark, Den Blå Planet, Northern Europe’s largest aquarium, stood on the edge of a financial abyss, CEO Jon Diderichsen went all in with an unconventional rescue operation, and put Otto the octopus up for sale on Den Blå Avis and created profiles for a sea turtle, a hammerhead shark, a stingray and four sea otters.

“Of course, we did it mostly for fun, but it was based on a very serious situation. It would almost take a miracle if Den Blå Planet was to survive, so we really had to think outside the box,” says Jon Diderichsen.

Otto was “bought” by the controversial Bitcoin millionaire Niklas Nikolajsen von Karlshof for 560,000 kroner. Together with contributions from ordinary Danes, foundations and companies, Jon Diderichsen managed to collect DKK 60 million when the crisis was at its worst. And shortly before Christmas, against all odds, Den Blå Planet received an extraordinary Finance Act grant of DKK 11.5 million, so that the economy is now secured at least until 2022.

All thanks to a campaign and a piece of crisis management that was launched in pure desperation, for almost no money.

“I was well aware that if we were to have any hope of getting through this, we had to think unconventionally and out of the box. We didn’t want to just surrender and wait for someone to maybe send us some money, so we chose to fight with everything we had,” says Jon Diderichsen.

Book your seat below

As a member of IBC CBS, you can bring up to two guests for free to this event. In the “Tickets” field below, please specify the number of seats (including your own) that you would like to book. You can type the names of your guests in the “Comment” field.

Bookings are closed for this event.